ElekTrigger literally grew up around the corner from Waldfrieden, which is well known for the international psytrance festival "Wonderland" and the familial summer opening festival "Hai in den Mai".

For nearly 20 years they have been throwing parties at their unique tavern in a hidden forest glade and their spectecular "on tour events" all over Germany.

So it was just a matter of time untill he started to experiment with music and soon became one of the resident DJ´s of this famous venue.

His prefered style ranges between progressive and psychedelic trance. You can feel the influence of techno and hear the meaning of trance music.

Let´s take you on a psychedelic journey... 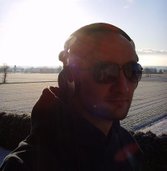